These are nine of the traditional barbershops in the city of Porto and all are located between the Hospital Santo António and the São Bento Station.

Also traditional is the decoration of these barbershops, with iron armchairs and brass instruments capable of withstanding decades of use. Professionals also follow this longevity: many are elderly gentlemen with weather-discolored hair and clever fingers wrapped in wrinkles.

The Fonte das Oliveiras was not always at Largo Alberto Pimentel.

The fountain was built in 1718 to make use of the waters of the springs that existed near the Rua das Oliveiras. In 1823, when the waters of the aqueduct of Paranhos were diverted, the source underwent a small remodelling. The fact that it was much sought after and that people occupied the streets while they waited to fill their jugs, influenced the decision to move it to a quieter place.

In 1866 it was dismantled and would be rebuilt in 1879 in the Largo Alberto Pimentel, where it is still present. It is set against a nineteenth-century building, with its facade tiled. In 1941 it was cleaned and restored.

The fountain is composed of a back and a central pillar. The only decoration is a shell that surrounds a dolphin, which works as a spout. The tank is also quite simple.

Today, we have a funicular but at the end of the 19th century an elevator made the route between the Batalha and the Guindais Pier. Inaugurated on June 4, 1891, it suffered, two years later, an accident that forced it to shut down for more than 100 years.

The lift emerged to link the Guindais Pier, where the boats came with food, and the Batalha which, by its central location, was a point of distribution of these products to other parts of the city. The difference between the highest and the lowest point was 75 meters but there were two different slope levels (7% and 47%). The Porto engineer Raul Mesnier made the project and the works began in 1889. The Guindais quarry was dismantled, the lift built and, after several tests, inaugurated in June 1891.

Transportation was made by three cars – one of balance and two main ones, with 5.6 meters of length and capacity for 40 people. In the central part of these cars there were luxury compartments, with rugs, upholstered seats and blinds. The trips were running every five minutes and cost 40 kings, but the huge investment needed to build and maintain the lift has never been offset by revenue. In 1893, an accident – with only material damages – dictated its closure. The current funicular was inaugurated in 2004. 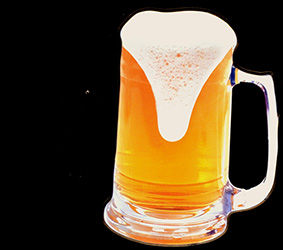 From May 6 to 12 the Porto university students are celebrating and the city is invaded by a huge wave of color and joy. Concerts, a gigantic parade and other cultural activities involve more than 350,000 students.

The tradition stands for decades. For a week, Porto’s university students are partying, going out in the street with their academic apparel, black robes and their top hats, walking sticks and ribbons in the folders that bear the color of each course. The party begins with a monumental serenade, at midnight on Sunday, the 6th. On Tuesday, during the afternoon and night, the students walk the streets of the city in a procession that ends up involving their relatives, townspeople and tourists. The march begins next to the Rectory of the University of Porto and ends in the Aliados.

The Blessing of the folders Mass, which also takes place in the Aliados, is another high point of an intense program, which also includes concerts in the City Park. 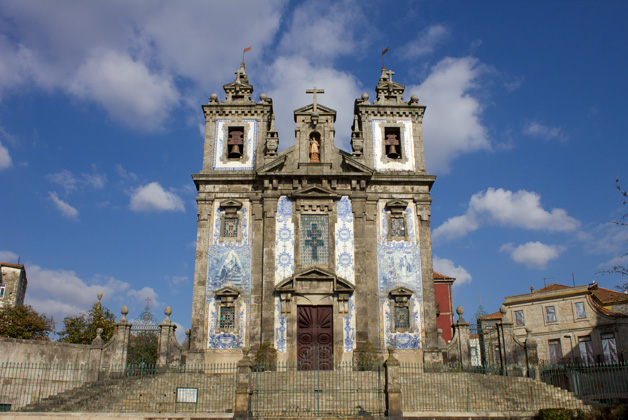 In the area of the choir there is a pipe organ of the early nineteenth century, which has been restored. The church also has vestiges of an old cemetery, discovered during the restoration works of recovery executed in 1996. 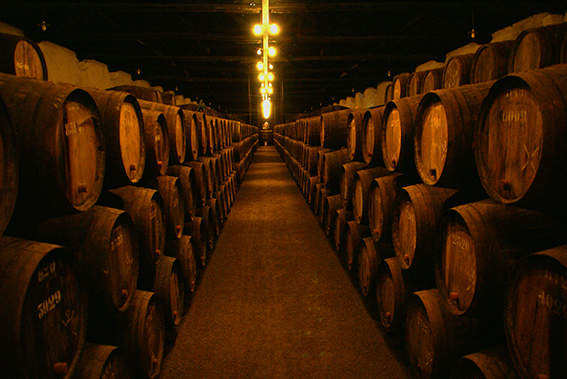 The inspiration came from croque-monsieur, but the sauce was invented in a Porto restaurant and the Portuguese ingredients give it a unique flavor. It is one of the typical dishes of Porto, ideal for cold days and nights. Here is a simple recipe to make when you return home and miss Porto.

1 goblet of Brandy or port wine

Dissolve the flour well with the milk and add the remaining ingredients. Blend allthe ingredients together into a smooth paste. On the stove bring the ingredients to a boil until it thickens a little stirring always to avoid sticking to the bottom of the pan.

4 slices of sliced bread (without crust)

Season the steaks with salt and pepper and grill them, grill the sausage and the linguiça too. Toast the slices of bread. In a oven-proof dish place 1 slice of bread, the steak, the Sausage cut in half, slice of ham and finally the linguiça cut in half just like the sausage. Cover with the other slice of bread and place a slice of cheese over the bread. Pour the hot sauce over the sandwich covered with cheese and place in preheated oven to melt the cheese.

Oporto and the English – A friendship of centuries
18 April, 2018 / Curiosities, History

The influence of the English in the city of Porto and specifically the Port wine is well known, but the relationship between Porto and British is much older.

The first contact took place around June 1147, when the English Crusaders who were going to the Holy Land stayed in Porto for 11 days waiting for the forces commanded by the Count of Areschot and Cristiano de Gistell, who had separated from the fleet due to a tempest at sea . The first king of Portugal, Afonso Henriques, on learning of this fact, tried to establish an agreement with their leaders, convincing them to help in the conquest of Lisbon from the Moors.

The relationship intensified during the middle Ages, with the establishment of commercial relations. Cloths, wine, wood, furs and fish were the products traded between the two countries.

The 2 of February of 1367 the Cathedral of the Porto was stage of the marriage between D. João I and D. Filipa de Lencastre, a union that would offset the support of the British in the fight against Castile. In 1642, two years after the restoration of Portugal’s independence, Porto receives the first British consul, Nicholas Comerforde.

Nicolau Nasoni – One the most influential figures in the architecture of Porto
18 April, 2018 / Curiosities, History 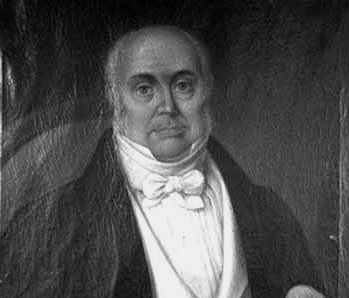