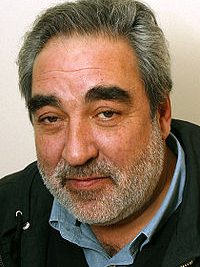 Winner of the Pritzker Prize for Architecture (2011), Eduardo Souto Moura is one of the supporters of the so-called “Porto School”.

Eduardo Elísio Machado Souto de Moura was born in Porto on July 25, 1952 and studied at the Superior School of Fine Arts in Porto and at the Faculty of Architecture of the University of Porto. He also collaborated with Siza Vieira as a student. The influence of Siza (who also received a Pritzker in 1992) is recognized by Souto Moura, but the two architects are also friends and have done projects together.

In addition to the construction projects, Souto Moura has also been outstanding in interventions carried out in historic buildings, territorial interventions and, more recently, works in the area of ​​Product Design. In addition to the Pritzker, he was the only architect to win the Pessoa Award. Within his enormous array of awards, the recent Golden Lion of the Biennial of Architecture of Venice stands out. He lives in Porto with his family, in a house he designed. Siza Vieira is his neighbour and they share an office with Rogério Cavaca close to home.

Some of his most emblematic works: