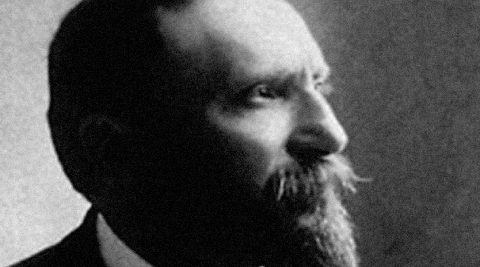 His work definitely stamps the city of Porto. From private homes, schools and even the iconic monument, Marques da Silva has helped build a more modern and more beautiful city.

Born on Costa Cabral Street in Porto, he died in the same city in 1947. José Marques da Silva was born, lived and died in Porto, but Paris and French aesthetics influenced him most. He began studying at the Academia Portuense de Belas Artes, and later studied in École Nationale et Spéciale des Beaux-Arts.

He returned to Portugal in 1896, and almost immediately signed a project of great importance: the São Bento station. In fact, the Gare Central had been his final work in the Architecture course taken in Paris. However, the initial idea had to be reformulated successively, as the station would only be completed in 1916. Despite the fact that a work of such magnitude was handed to him – the city’s first railway station – demonstrates the prestige he already had in the early stages of his career. In 1900 he received a silver medal in the exhibition of Paris, which contributed to increase his national and international prestige.

Throughout his life, Marques da Silva signed several projects that modernized the face of the city. Rarely do you find buildings which fuse aesthetics with functionality and which are sprinkled throughout the city, from Baixa to Serralves.

He was also a professor and director at the Faculty of Fine Arts of Porto and the School of Applied Art Soares Reis. He was also the author of important works in Guimarães and Barcelos.

Some emblematic works in Oporto:

Monument of the Heroes of the Peninsular War (1909), Rotunda da Boavista