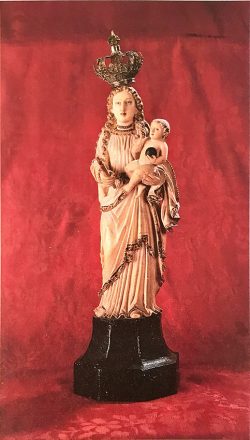 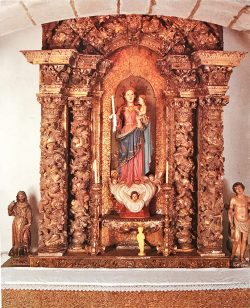 Before the lighthouse of São Miguel, which was built in 1758 in Foz, there was a chapel dedicated to Senhora da Luz.

According to some studies, in prehistoric times that place would have a special meaning, as evidenced by marks made on rocks. The reference to Senhora da Luz (“Lady of Light”) and its chapel already emerges in 1680. It would be a simple construction, but of great importance for fishermen and sailors.

Bombarded during the liberal wars, the chapel would be destroyed but from its interior, an altar was spared with the image that is today in the Church of São João da Foz do Douro. This image of “Our Lady” invokes the light, so essential for those who sailed the seas. Framed by gilded carving and adorned with images of angels, the “Lady of Light” is still adored today.

In the same church, there is still another image representing Our Lady with Jesus on his lap, measuring 30 cm high and made in ivory. Despite its small size, it stands out for the rarity and beauty of its details, as it is decorated with a mantle embroidered with gold and colored stones. The image was intended to be carried and kissed by its faithful followers on festive days.