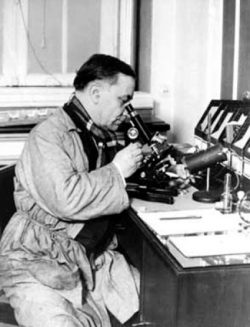 Abel de Lima Salazar was not only the doctor and scientific researcher, until today known for his achievements, but also a writer, art critic, essayist and visual artist. Despite his name being inextricably linked to Porto, Guimarães was the city that saw him born on July 19, 1889.

Student of excellence, Abel Salazar finishes the medical course at the Medical-Surgical School of Porto presenting his inaugural thesis “Essay on Philosophical Psychology” which ends up classified with 20 values.

His research work was quickly recognized and disseminated, reaching worldwide fame, due to numerous publications of articles in scientific magazines, Portuguese and foreign.

As a researcher, he contributed, in particular, with works related to the structure and evolution of the ovary, creating the now famous, and still used, Salazar’s tano-ferric staining method.

However, the work so intense that he developed, even in very adverse conditions, led to an exhaustion and the interruption of this activity, for a period of four years.
He would then end up dedicating himself diligently to the elaboration and publication of scientific texts, also focusing on the artistic practice of which he was a notable representative, especially in painting, engraving and hammered copper. 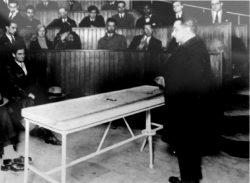 This multifaceted man, whose motto was “The Doctor who only knows Medicine, nor Medicine knows”, one of the greatest Portuguese intellectuals of his time, only in 1941, was reinstated at the University, in the laboratory of the Faculty of Pharmacy of Porto.

He died in 1946, in Lisbon, where he was being treated for lung cancer. He was 57 and a heavy smoker. The body was transferred to the city of Porto, where it was deposited at the Prado Repouso Cemetery.

Nowadays, its name is immortalized through the Institute of Biomedical Sciences Abel Salazar, the square, where the Santo António Hospital is located , Secondary Schools and the Abel Salazar House-Museum.