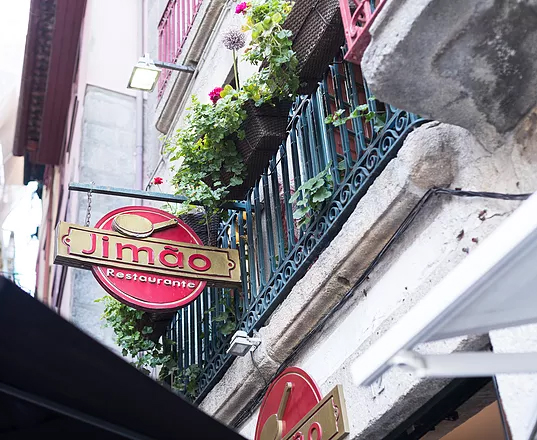 ​Jimão is a restaurant characterized by Mediterranean gastronomy. It has an innovative concept that distinguishes it from any other restaurant, because the core of its nature combines Spanish tapas with typical Portuguese flavors.

There is a terrace with a view to the Douro River (Rio Douro) and to the historic Cube square (Praça do Cubo). The wine list consists mainly of wines from Douro winery region – some of them unknown to the general public – and to the Vinhos Verdes region.

Word from Olivença and it means cured Iberian ham, In Portuguese and Spanish.

Olivença is a town on a disputed section of the border between Portugal and Spain. It is administrated by Spain in the autonomous community of Extremadura.

In spite of the territory dispute between Portugal and Spain, the issue has not been a sensitive matter in the relations between both countries.