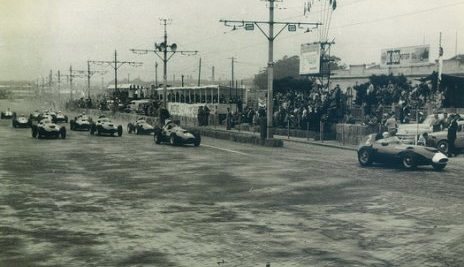 On August 24, 1958, Formula 1 made its debut in Portugal, including names like Stirling Moss, Mike Hawthorn, Jack Brabham, Graham Hill and the first woman to drive a Formula 1 – Maria Teresa de Filippis. In a race where more than 100 thousand people attended the event, Stirling Moss ended up winning. Moss and Hawthorn contended for the title but there was a unforgettable moment of good sportsmanship:  at Antunes Guimarães exit, Hawthorn failed to stop and could not get his Ferrari to start. He tried to push it towards the circuit, but as the course was going up he turned the car around and, thanks to the slope, finally managed to get the car to work. The track marshals investigated the possibility of breach of regulation, but Stirling Moss testified that Hawthorn had pushed the Ferrari off the track. A very important gesture of sportsmanship: Hawthorn eventually won the World Championship, with one point over Moss.

In 1960, Formula 1 returned to Porto and the Boa Vista Circuit. Jack Brabham won his fifth victory that year, winning his second world title in advance